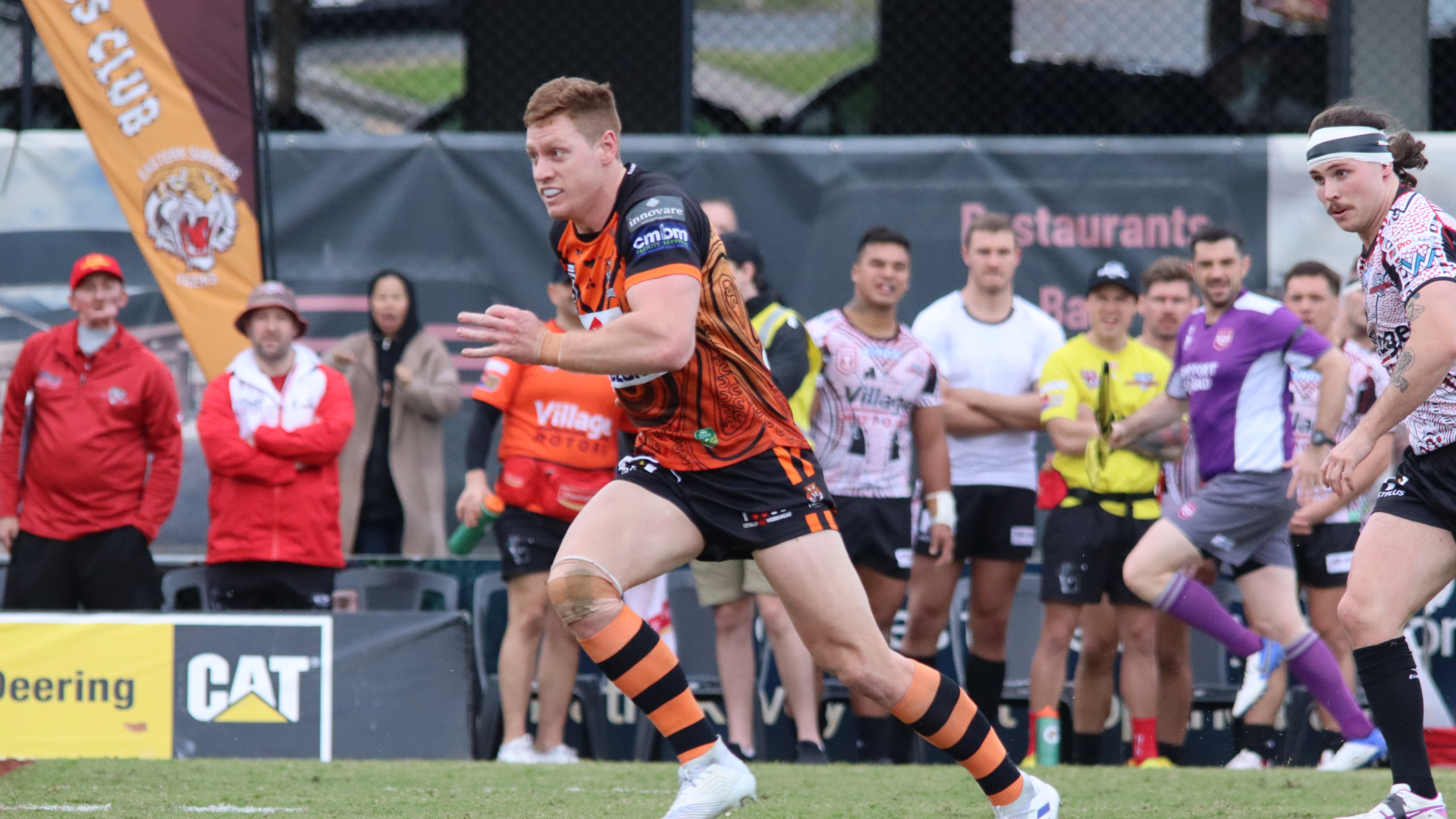 The Dolphins have celebrated the BMD Indigenous Round with a win over Brisbane Tigers, upsetting the Tigers’ homecoming in their return to Langlands Park 26-20.

There was plenty happening at Langlands Park in Round 13 of the Hostplus Cup, with the Tigers back home for the first time this year.

It was Indigenous Round, with Brisbane having five Indigenous players, and it was Old Boys’ day, with Tigers royalty like John Lang and Des Morris in the crowd.

The Tigers were calling on the past to inspire the present.

Members of the Tigers’ 1982 State League final team – won 23-16 by the Tigers against the Dolphins – was present, with names like Cavill Heugh, Brad Backer and Brett Tengdahl hopeful a new breed of Tiger would stand up in 2022.

The Dolphins were looking to reverse that result from 1982 and continue their winning ways that have seen them not lose since Round 6.

And it was the Dolphins who came out firing, not showing too much respect for the Tigers’ homecoming, when Bryce Donovan took advantage of some work in the middle of the field that sucked the Tigers defence in.

When a two-pass shift got to Donovan, he was able to put a kick through that Setu Tu pounced on to score his fourth try in nine games.

The Dolphins were executing plays and Cody Hunter was next, giving Tu some space on the outside of the Tigers defence.

Tu chipped ahead and regathered to score his second try and Hunter knocked over the two points to give the Dolphins the perfect 12-0 start.

The Tigers got four points back when they put it through the hands and Bessie Toomaga was unmarked and went over out wide to get the Tigers some much needed momentum just before half-time.

At half-time it was a case of the Tigers trying to force their way back into the game but just unable to find the secret to keep the ball and apply some pressure to the Dolphins.

Tiger Jordan Grant was a bright light in defence in the first half, with 27 tackles in the 40 minutes as the Tigers kept giving the ball back to the Dolphins.

Tigers half Jonah Pezet was playing his second Hostplus Cup game and, on the back of a man of the match performance for the New South Wales Under 19 team, he was standing up and guiding the Tigers.

Pezet fired a pass out to the Tigers backs and Bernard Gregorius was looking like Steve Stacey when he was on the end of a Toomaga flick pass that put the Tigers winger over in the corner and gave them Sunday afternoon hope.

Then it was Pezet and Grant who kept the Tigers on the attack and their second try in four minutes when Haele Finau slammed the ball down to make it a four-point ball game.

The Dolphins settled and took the points difference out to six when Hunter nailed the two points with 10 minutes to play.

Another penalty two minutes later saw Hunter take it out to eight points with eight minutes to go.

But it was Tu who ended the game and any Tigers’ hopes, when a scramble for the ball after a kick ended up with the Dolphins winger getting three tries.

The Tigers got it back to six points with Darius Farmer scoring off a short ball, running freely to nab his first try in 2022.

The Dolphins will look to continue their charge up the ladder when they take on the Tweed Seagulls in Round 14.

The Tigers meanwhile will fight for their finals hopes when they meet the Northern Pride.