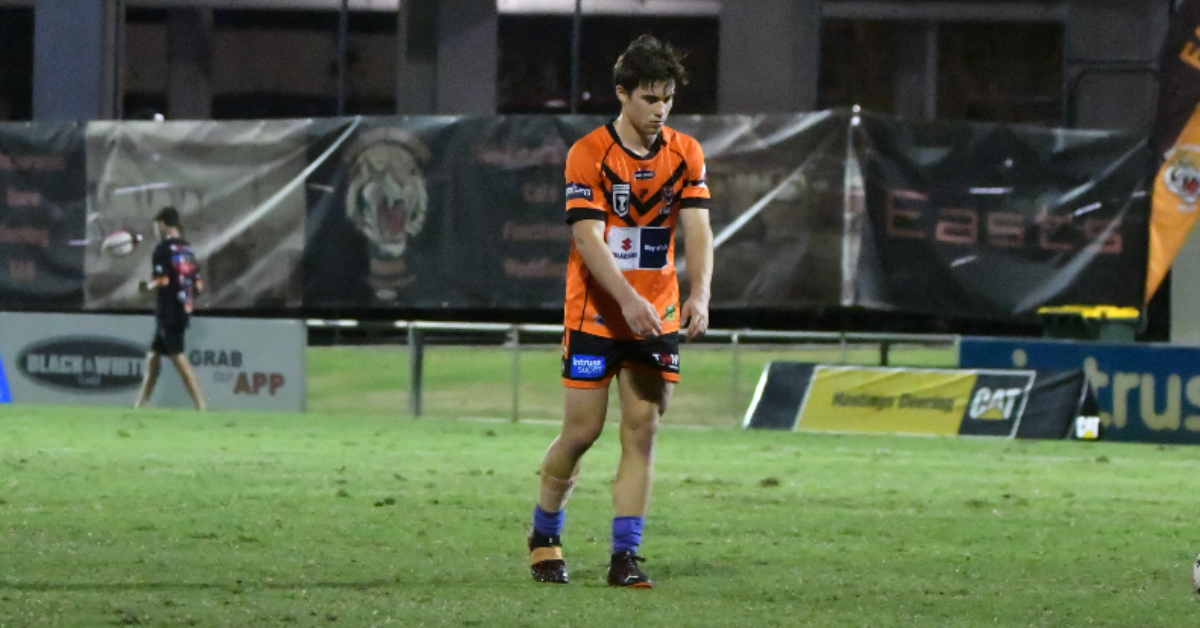 The Brisbane Tigers finished their 2021 Intrust Super Cup campaign on a high in the battle of 11th and 12th position at Totally Workwear Stadium.

The Tigers won 44–14, putting on a scoring clinic over the Mackay Cutters, with Tigers five-eighth and Intrust Super Cup debutant Jonah Glover (main image) scoring 12 points on his own, converting six out of eight tries.

In what would be one of their better performances of the season, the Tigers dominated from start to finish putting on an exciting finish to what has been a disappointing season campaign.

The Tigers were on top for the majority of the match and were first to score after 10 minutes through forward Dan Russell after hooker Haele Finau broke through the line 40 metres out.

It was all one way traffic for the remainder of the first half with tries to Tigers Kea Pere, Mitch Frei and captain Darren Nicholls. Nicholls hit a milestone of scoring his 400th point in Intrust Super Cup.

Tigers winger Ronald Philitoga opened up the scoring in the second half, before Mackay took advantage of a 6-again on their line scoring their first points through Kyle Krisanski-Kennedy in the 49th minute.

The Cutters would go on to benefit from excellent field position and eventually scored their second try through a cross-field kick to winger Jake Riley in the 65th minute.

The Tigers would get the ball back in possession and score the next try through forward Jack Peoples, after impact player Oliver Pascoe offloaded the ball 10 meters out from the try line.

Mackay would get the next points through five-eighth after a show and go scoring next to the posts.

The Tigers not done yet would score the last try of match after some quick hands, through forward Sam Lavea who gets off the famous ‘nudie run’ for season 2021.

The Tigers finish the season in 11th position overtaking the Cutters who finish in 12th position.

A season of lockdowns, cancelled and postponed games, congratulations to both sides on a fantastic season.