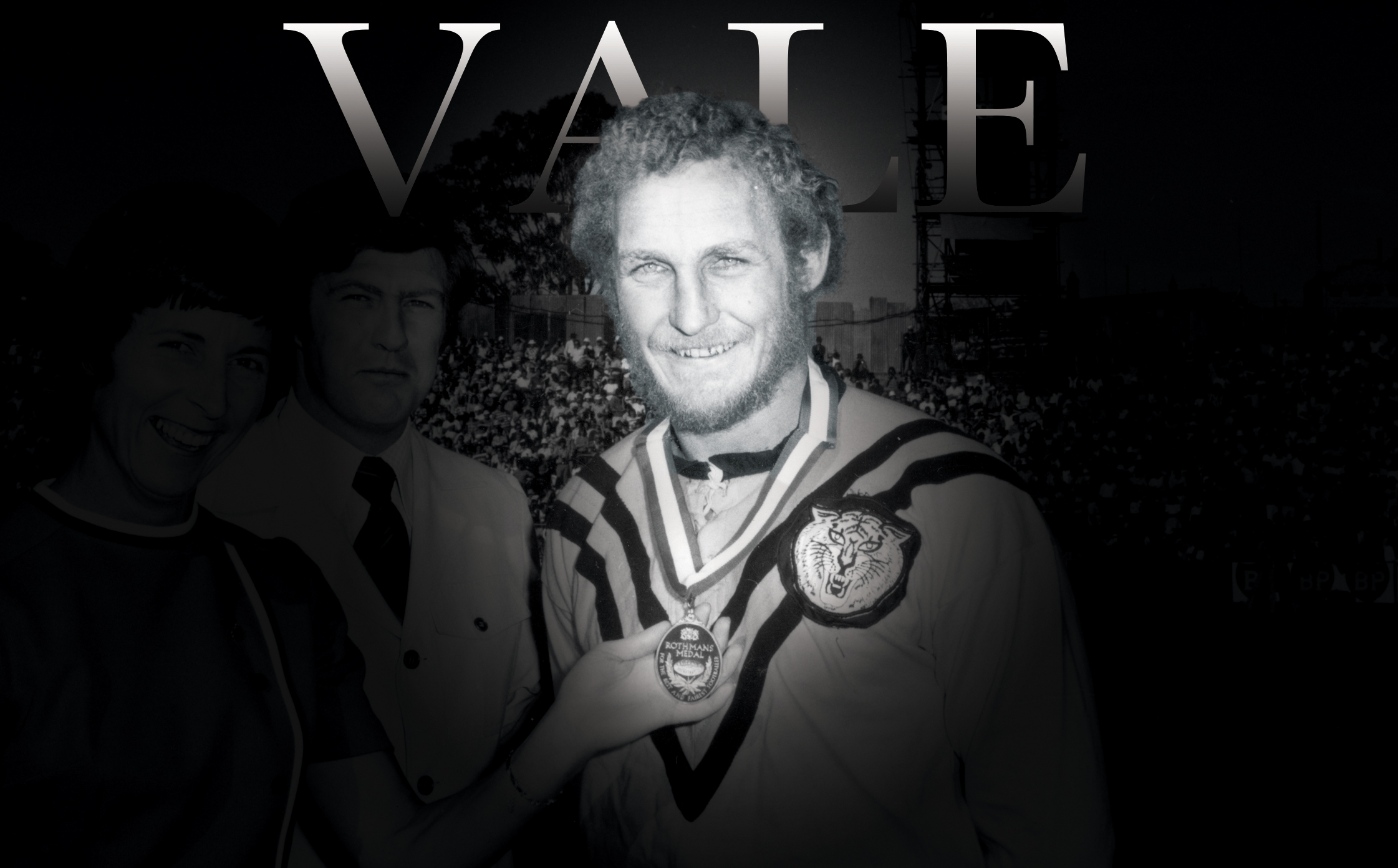 Jeff’s wobbly field goal to win the BRL premiership in 1972 has made sure that he will never be forgotten in the annals of rugby league in Qld.

Today I thought I would talk about my interactions with Jeff across the broader sporting arena over the years.

I first met Jeff in 1969 when I joined Easts Tigers Football Club.

Jeff turned 20 on 25th Feb that year. We would have started pre-season training in January, just prior to his birthday. I think Jeff’s Easts Juniors U18 team had won the U18 premiership in 1967, however to my recollection there were only a few of those players who came through to the senior grade, including Jeff & Alan Elliott, who later became Jeff’s business partner. In the years immediately following, Easts Juniors produced some very good footballers, including Johnny Lang, Paul Khan, Roger Kuhn & Butch Pearse to name a few.

What is commonly referred to as Easts ‘1970s golden era’ started at this time, with Ted Verrenkamp being the coach and Des Morris the captain for most of the years concerned. Jeff played in the winning Reserve Grade grand final team in 1970. In 1971 he was a member of Easts ‘A’ grade team that lost to Valleys in the BRL grand final, and in 1972 he kicked the field goal on full time for Easts to win the BRL Grand Final, again against Valleys 16-15.

There have been many stories written about what happened that day, however I can confirm that the ball from dummy half was definitely not meant for Jeff. With 38,000 people screaming, 2,000 of whom were on the athletics track that circled the field, and were encroaching over the sideline onto the field, the noise level throughout the game was such that you couldn’t hear any of the moves being called. With all of the noise and confusion, and almost full time, our dummy half just turned and threw the ball to Jeff instead of our kicker Howard Fullarton and BRL history was made. It was Jeff’s first and last field goal, and how valuable it was.

Jeff played lock, and was a skilful and fast forward. He was definitely a team player, who could always be relied upon when the going got tough. In either the 1971 or 1972 grand final, Jeff was floored by a stiff arm from a Valleys player after passing the ball. It was so late that most, including the ref and linesmen, didn’t see it but I did. Jeff recovered and played the remainder of the game, spending some of that time trying to get square with the stiff arm perpetrator. In today’s game he would have been in the head bin for the remainder of the game.

After the 1972 grand final, Jeff was selected in a Qld representative team. I think the team played a trial game against NSW, however I can’t recall the exact details. Jeff’s good form carried through to 1973 and 1974, and in 1974 he won the BRL’s Best and Fairest Player award, which at the time was called the Rothmans Medal. Through these years Jeff represented Brisbane in the Bulimba Cup, which was a representative team competition involving Brisbane, Ipswich & Toowoomba. Immediately after the 1974 season, and at the pinnacle of his football career, at the age of just 25, Jeff retired from football to join Alan Elliott in their successful concrete sawing & drilling business, Elliott and Fyfe. That was a courageous decision when you consider that Jeff may potentially have gone on to play representative football for some years.

I honestly believe that Jeff’s love of fishing exceeded his love of football. When I joined Easts in 1969 Jeff taught me how to fish from the beach with a fishing rod, which was totally foreign to a young man from NQ who had only ever fished out of a boat on the reef using hand reels. Jeff was very well credentialed to teach one how to fish off the beach, as he had been the Qld Junior Beach Fishing Champion. Jeff knew the beaches & estuaries of SE Qld like the back of his hand. Over the ensuing years I spent many hours fishing & crabbing with Jeff, at the Jumpinpin for flathead & bream, Straddie for Jew, Moreton Bay for whiting & sandies, Fraser Island for Tailor, and around Jacobs Well for Muddies. One of the skills Jeff taught me was how to catch sand worms on the beach. Believe me, it’s a lot easier to catch fish than catch sand worms. We had a lot of good times on our fishing trips, including high risk sand dune driving manoeuvres to get to Sandy Cape at Fraser Island, and having to almost sit in the fire at the Jumpinpin to get warm in the middle of winter.

There are lots of stories to tell about our fishing trips, however one of the best relates to a trip to Straddie in the 1980s. Jeff had a brand new Toyota Landcruiser so he had to get it over to Straddie ASAP to get down to the bottom of the island to fish. The tyres that came with the Cruiser must not have been to Jeff’s liking, so he had other new tubeless tyres put on. To assist with the task, the tyre fitters greased the wheel rims. Now, those of you who go 4Wdriving on the beach would know that you have to let air out of the tyres when driving on sand, so that’s what we did. Because of the angle of the beach, there was more pressure on the tyres on the down side, or ocean side, of the 4WD. We were driving down close to the shoreline on the harder sand, when on an incoming tide the left rear tyre slipped on the greased rim and snapped the tyre valve off.

All hands on deck, urgently trying to jack the car to replace the wheel, when not once, but twice, waves came through and washed out the sand under the jack. Panic stations now, with two of us building a dam and the other two getting the jack in place & the wheel replaced. Finally, with a new wheel on, we headed off. We were now however travelling right up the top of the beach above the high tide mark, for obvious reasons. We had gone only gone a short distance however when the valve snapped off the front left front tyre. What to do? We’d used our spare tyre, and it was getting late in the afternoon. Jeff was the kind of person who would always help strangers in trouble, so he naturally assumed that others would do the same for us, not necessarily so. His efforts to wave down passing 4WDs (only the later model landcruisers, as we needed to borrow their spare tyre) proved fruitless.

In 1978 Alan & Jeff bought the Sunnybank Squash Courts, and so another sporting era commenced. I think Jeff got up to B1 or A4 level as a player. We played together for many years, until Alan & Jeff sold the squash courts. Jeff always saw himself as a master tactician, both on the footy field & on the squash courts. One of his best (or worst, depending on how you look at it) tactical suggestions was, as we were about to play in a grand final match, that our first player should throw his game, or deliberately lose, so as to lull the other team into a false sense of security. Fortunately sanity prevailed and that suggestion didn’t get any traction with the rest of the team.

In those days we played much the same as tackle football, except you touched instead of tackling. Now in every sport there are cheats, and in touch footy the cheats are those who don’t stop when they’re touched. One unfortunate opponent kept running after Jeff had touched him. Jeff’s old combative footy instincts took over, and he drove the fellow over the sideline into the fence. That was Jeff’s last football send off, and we’re now here today to send Jeff to his final dressing room.