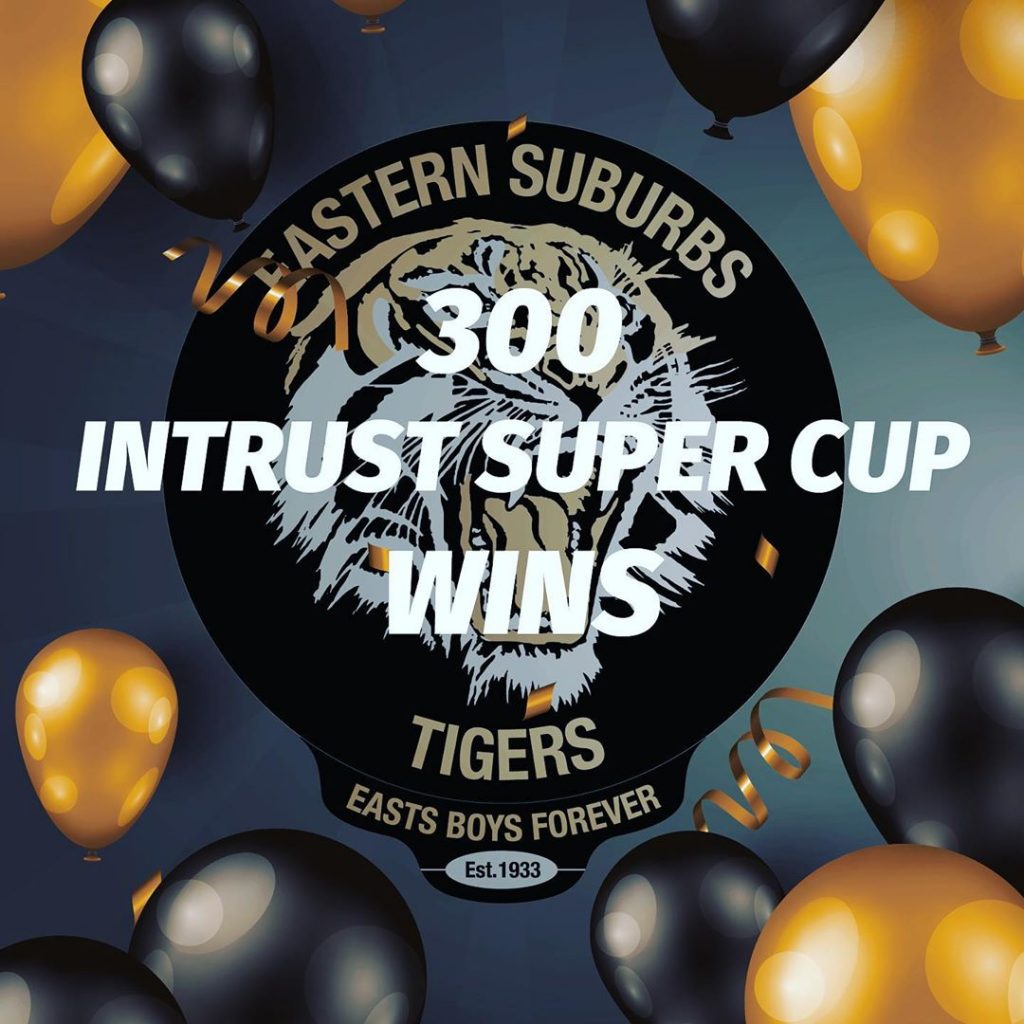 Boasting an already impressive record over the Mackay-based side, Easts looked comfortable and in control as a first-half blitz paved the way for the win over a Mackay side that simply could not hit their stride.

Mackay found themselves on the backfoot as soon as the game began, an early penalty inviting Easts into attacking territory; Matt Cooper latching onto a flick pass to get the visitors on the board first.

Mackay would again be their own worst enemy as a penalty kick from inside their own half failed to find touch; Easts capitalising on the error when Billy Walters sliced his way through some sloppy tackling on the left flank to give his side an eight-point buffer.

Easts would run in another try on the very next set as the Mackay defence continued to falter, Bennett Leslie pouncing on a deflected ball to the in-goal to push the lead past two converted tries.

Easts would continue to punish the hosts’ mistakes, Mackay losing the ball metres from the try line before Easts would scoop it up and go the length of the field in the space of a few tackles; Jarrod McInally crossing out wide off the back of some quick ball movement.

Tom Hughes would cross next for Easts, finding space on the overlap and pushing off some lacklustre defending down the right edge to push the visitors lead past 20 points going into the halftime break.

Mackay would finally crack the Tigers defence inside the final 10 minutes, Yamba Bowie running onto a long pass to cross untouched in the right corner before Jordan Kenworthy would add another try for the hosts; but with time running out it would prove but mere consolation.

“We had our best contact and ball-handling training sessions of the year during the week, but we were flat out completing a set tonight.

“We won the second half 10-0, and probably had enough possession to win the game, but ball control was a big problem tonight.

“There’s too much inconsistency around our football at the moment, so we need to work hard and be ready to go in two weeks.”

Tigers will face Norths Devils in Round 15 after bye week. 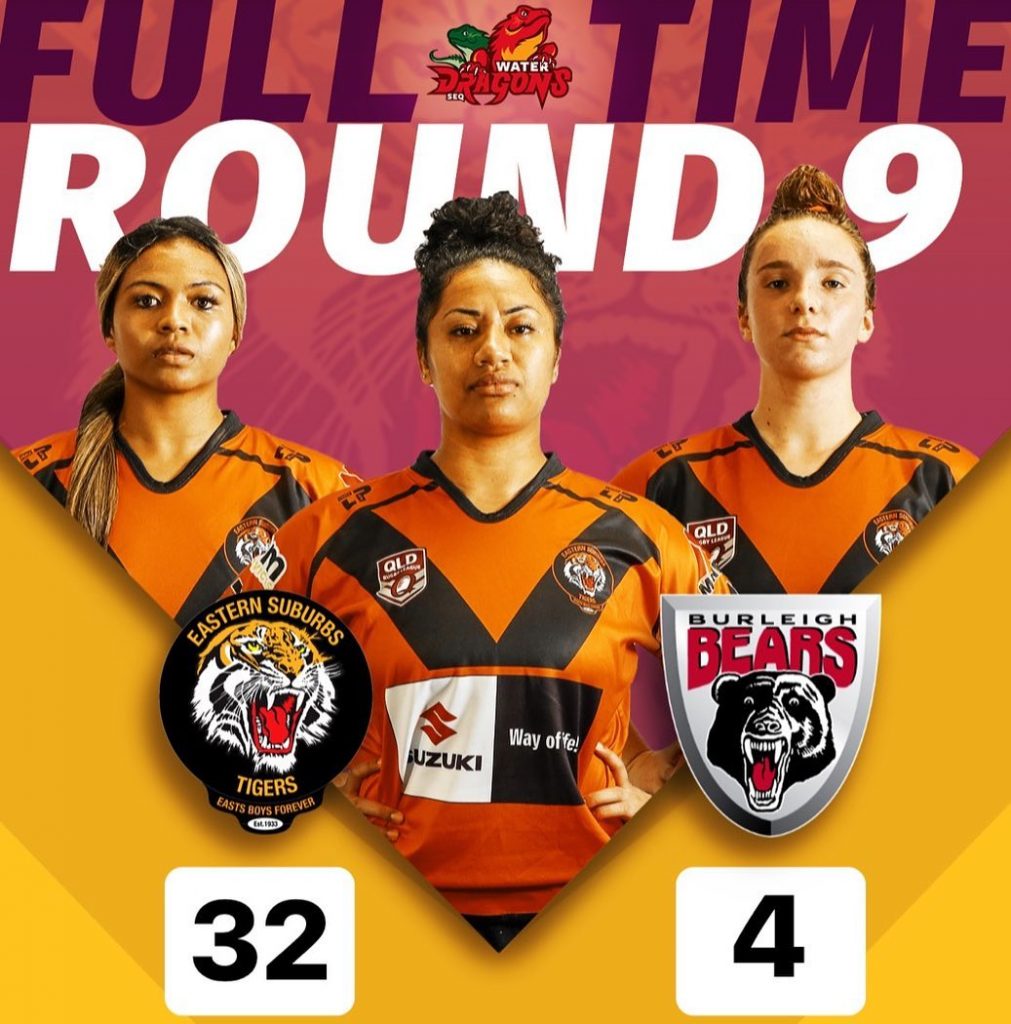 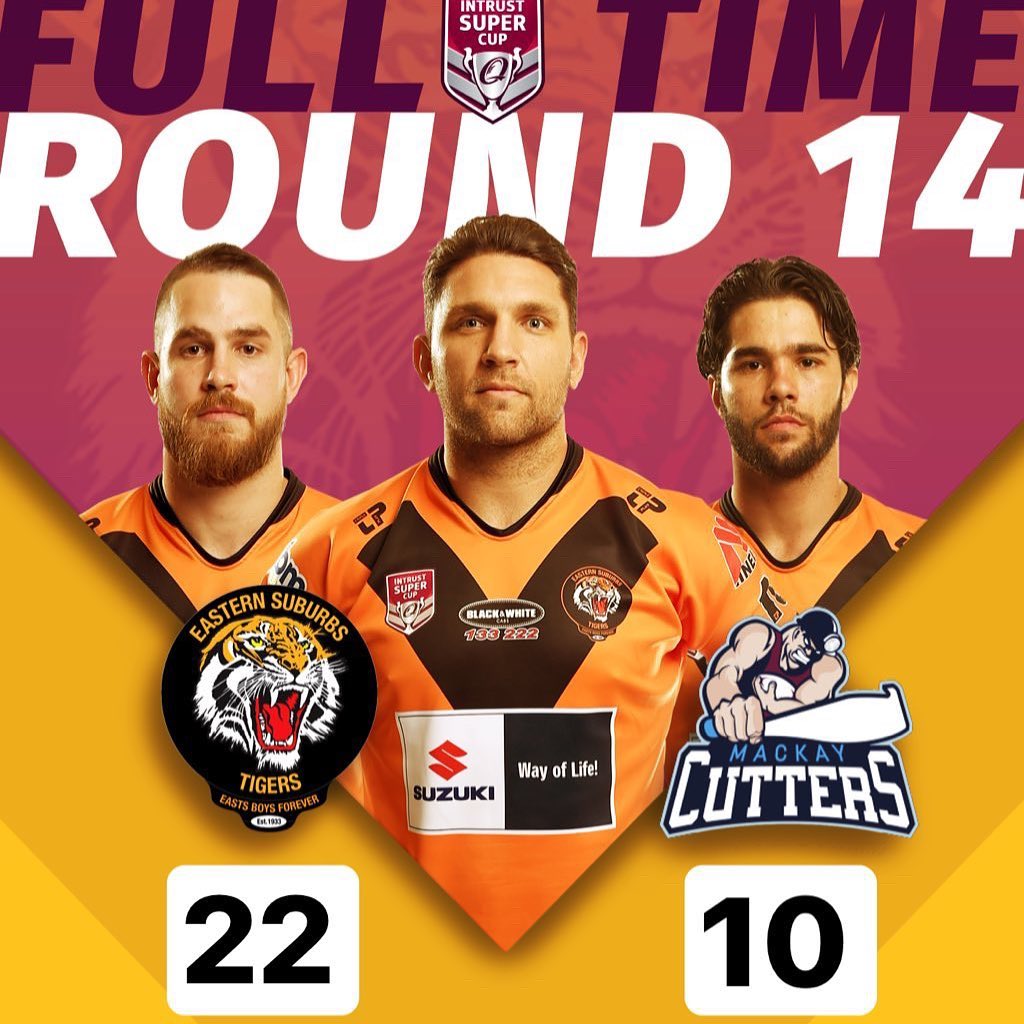 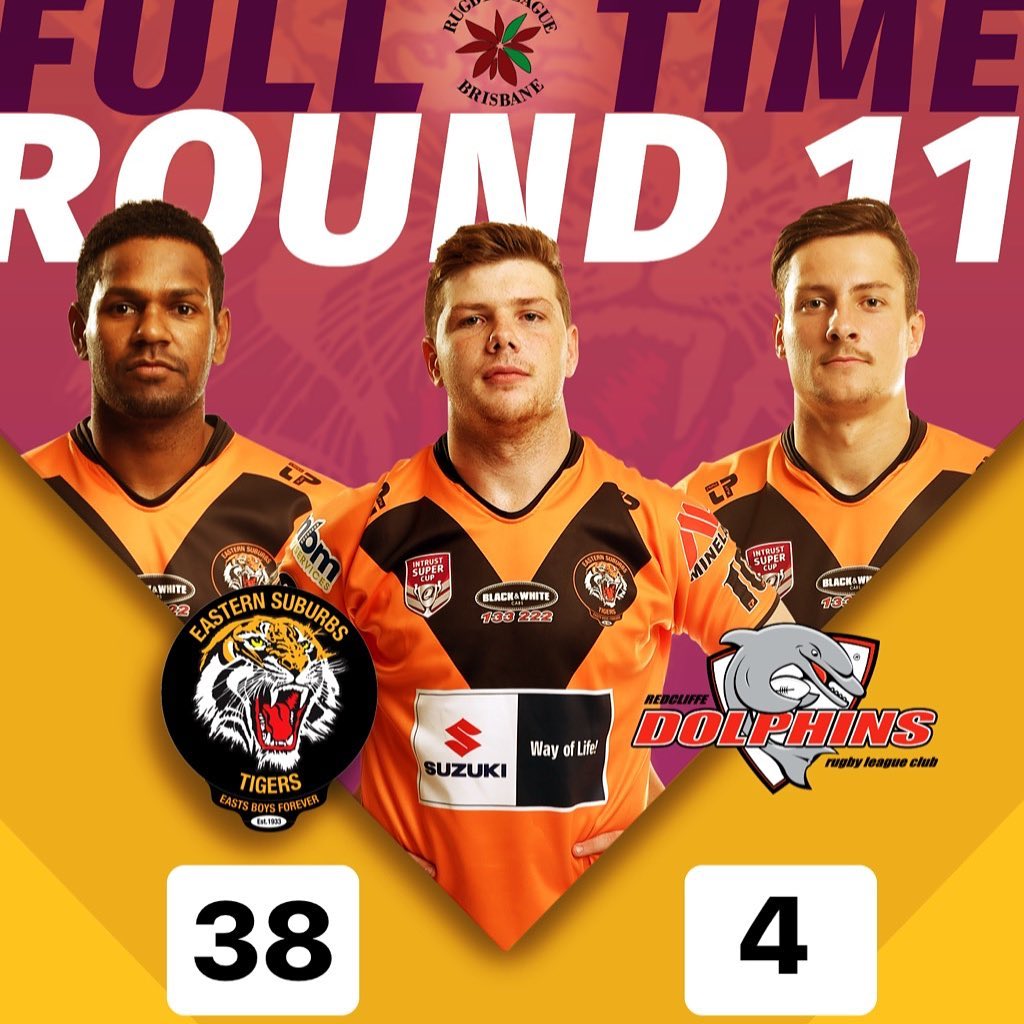