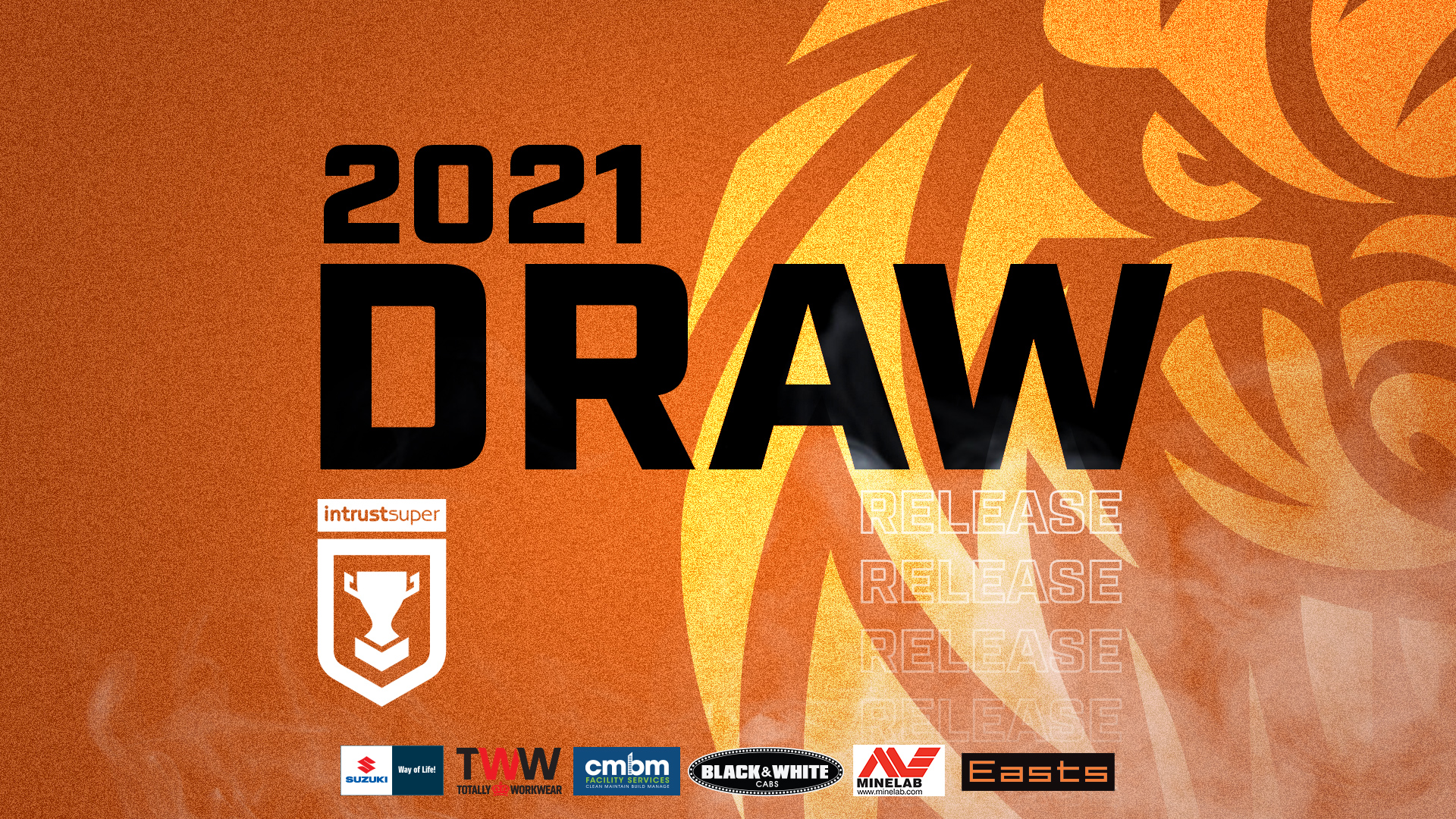 The draw will see the Suzuki Brisbane Tigers play 19 fixtures – nine at home, nine away and the ever popular Country Round.  The calendar also includes a split-round (Rd 8) and 5 byes, including the Easter long-weekend.

The Tigers kick off the 2021 campaign with a Round 1 matchup against traditional rivals the North Devils at Totally Workwear Stadium, whilst Round 2 will see the Tigers travel to Townsville to take on the Blackhawks, before a competition wide Easter break.

The Tigers face a tough schedule after Easter, with 2019 premiers the Burleigh Bears at Stones Corner, before making the drive up the Ipswich Highway to take on the Jets at the North Ipswich Reserve.

Rounds 5 will be a highlight of the season with the Tigers hosting the ANZAC Day clash against local rivals the Wynnum Manly Seagulls, which will include the ANZAC commemorative service. In addition the day will coincide with the Club’s annual reunion.

The Tigers play another three matches before their second bye of the season, with a home game against the Redcliffe Dolphins, a highlight in amongst away games against the PNH Hunters and the Tweed Heads Seagulls.

Following the bye the Tigers will head to Cairns to take on the Northern Pride, before facing the 2019 minor premiers the Sunshine Coast Falcons at home, which will also see the Club host its Past Players & Officials day at Totally Workwear Stadium.

The Club will embark on a stretch on the road with just the one home match in the following seven weeks, with return visits to the 2019 grand finalists Wynnum Manly and Burleigh Bears, before facing the Ipswich Jets at home.

The Tigers then play the CQ Capras in the annual ‘Get in the Game’ Country Week clash with the location to be confirmed. The Tigers then return to home to Brisbane to take on the Devils at Pathion Park.

The final month of the season sees the Tigers hosting three consecutive rounds at Totally Workwear Stadium against the Souths Logan Magpies, the Mackay Cutters and the PNG Hunters.

The 2021 fixtures raps up with a blockbuster return fixture against the Redcliffe at Dolphin Stadium, before the 2021 finals campaign begins in the first weekend of September.