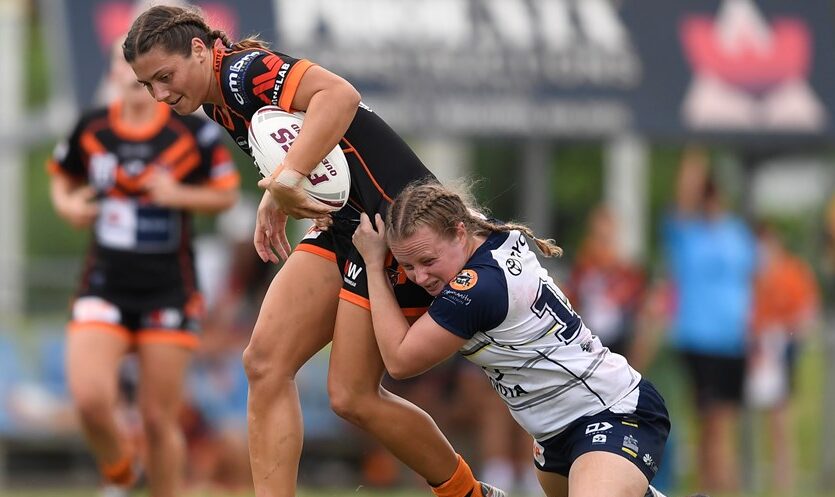 There were no Intrust Super Cup games played over the weekend.

The North Queensland Gold Stars made in three wins on the trot with a dominant 30-4 win over the Brisbane Tigers at Jack Manski Oval on Saturday afternoon.

Off the back of a double from Katie Green and a crafty long-range try by Emma Manzlemann, the Gold Stars raced out to a 14-0 lead after just 15 minutes.

Having already set one up, the Hastings Deering Player of the Match Romy Teitzel crossed for one of her own shortly after to send the Gold Stars into the break with a 20-point lead.

Despite a much-improved second half by the Tigers, the home side sealed their third straight victory with tries to Manzlemann and Jasmine Peters after the break.

To Brisbane’s credit, they continued to pepper the Gold Stars line in the second half, before some quick hands resulted in Sierra Maple crossing for the Tigers first points of the match.

There were no Hastings Deering Colts games played over the weekend.

There were no BRL A Grade games played over the weekend, with the Chairman’s Challenge being played at Brandon Park. Brisbane Blue will contest the prestigious annual trophy in the XXXX League Championship final to be played on July 24-25.

Hear from Tigers player Michael Purcell who played for the winning Brisbane Blue side.

Bulimba have a bye this weekend, but will face Wynnum Juniors at Kitchener Park for their Round 5 match – Saturday 15th May, 4:30pm.