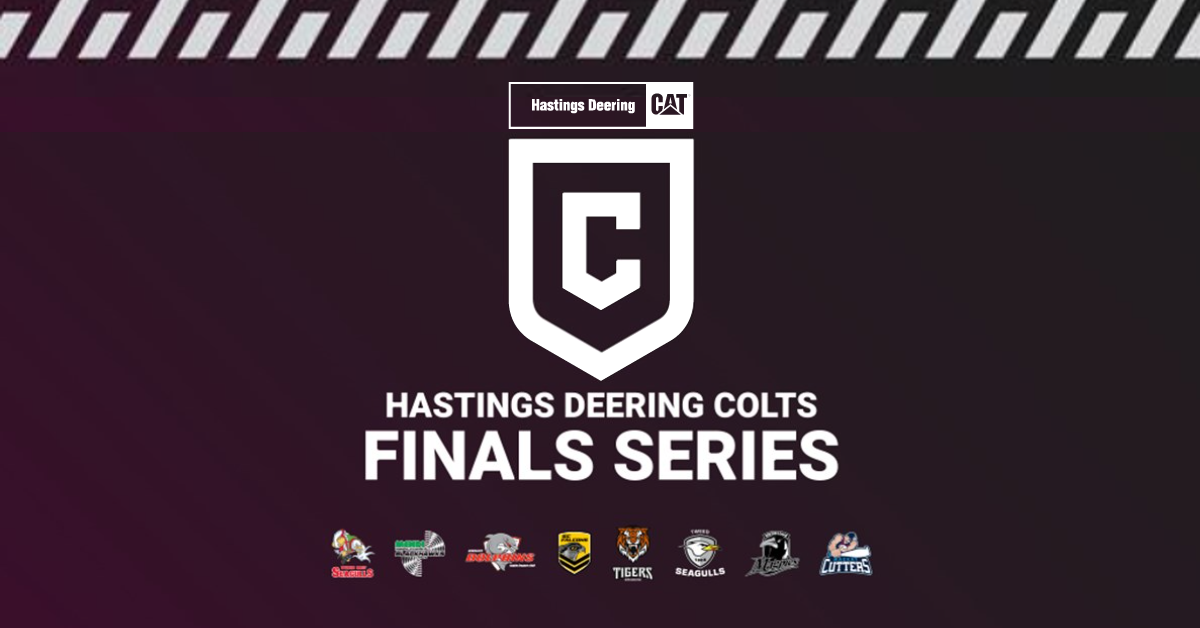 At the start of this year, 14 teams started the Hastings Deering Colts season with the hope of testing themselves in the finals. Now, there are only eight teams left that will have the chance to take this year’s title and it all starts with a good performance this weekend.

Brisbane Tigers and Mackay Cutters will tackle each other in the eighth versus fifth place showdown at Marsden State High School on Sunday.

In a strange twist of finals fate, these two teams clashed last week in the final regular round if the season with the Cutters coming away with a 30-14 win at Totally Workwear Stadium to give them confidence leading into the weekend.

Mackay dominated possession with 56 per cent of the ball and off the back of that, had crossed for three tries in the first 30 minutes.

Flynn Camilleri made 185 metres in a great effort, while sharpshooter Henri Stocks kicked five goals to take his season tally to 136 points.

“We have been up and down this season but it doesn’t matter now,” Heggie said.

“It’s what you do from now on and how you do it that matters.

“Henri Stocks has been developing nicely for us, he’s a great goal kicker who works really hard on that part of his game.

“We don’t think the Tigers we played last week will be the same Tigers side this week.

“I am looking forward to what he can do in the finals.”

The Tigers will get a second crack at the Cutters and will have to prove they’ve learnt some lessons.

The start of the game will be the first place the Tigers analyse after being 22-6 at half-time in their last game.

The Tigers also missed 47 tackles, a statistic that will need improving too if they are going to got through to week two of the finals.

Tigers coach Mark Gliddon was alert, but not alarmed, about the Cutters leading into the weekend.

“The Cutters are a good team, they have a real strength in their back three,” Gliddon said.

“They get their set off to a great start every time and make metres.

“We will have some changes to our side, we had players play Intrust Super Cup last week and will bring those guys back into our side.

“We will be missing our hooker and probably outside of Ezra Mam, the best player in the Colts competition Haele Finau. But we just have to move on and make sure we are ready for the Cutters.

“It’s finals and this is now why you play football.”