The Magpies are now back in training with healthy playing numbers, ensuring they are ready to make their presence felt in the top flight Queensland women’s competition once more after a 2021 hiatus.

With their 2020 season cut short by the COVID-19 pandemic as well, the new year will carry extra significance for the Magpies, who will also be joined by competition newcomers the Wynnum Manly Seagulls.

The Seagulls are drawn to play defending premiers the Burleigh Bears in the opening round of the QRLW Premiership, which commences on Saturday, March 26.

Other Round 1 fixtures will see the Central Queensland Capras up against West Brisbane Panthers, and Tweed Seagulls playing the North Queensland Gold Stars.

Next year’s QRLW Premiership will be played over seven rounds with the regular season to wrap on up on May 21, as part of the Respectful Behaviours Round. 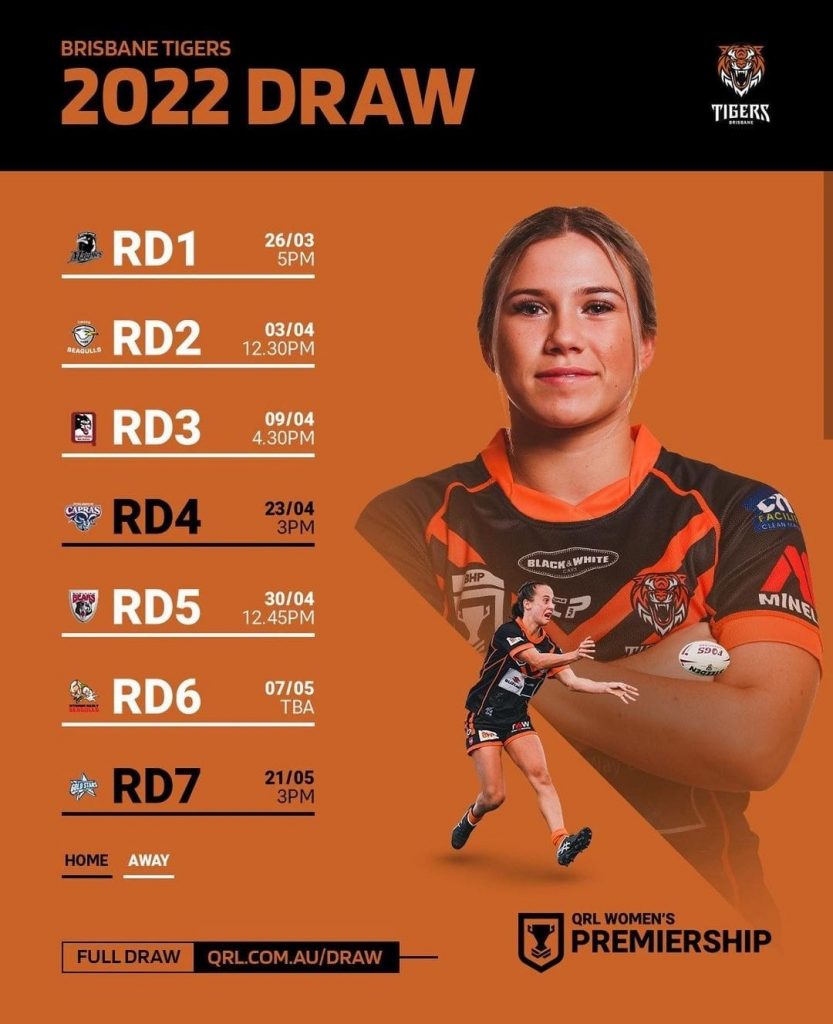 The top four teams will then face off the in semi-finals, with the respective winners of the one versus four and two versus three finals to meet in the grand final on the weekend of June 5-6.

Burleigh will have a new leader to guide them into a new era, with the experienced Scott Cooke replacing Harvey Norman Queensland Maroons coach Tahnee Norris, who has assumed a full-time position with the QRL to strengthen female pathways and development.

“This QRLW Premiership is getting stronger each year and it will again provide opportunities for players from all over Queensland to test themselves against some of the best in the state,” Maiden said.

“For some, it will set the foundation for higher honours with two NRLW seasons, an Ampol State of Origin match and Rugby League World Cup all part of an action-packed calendar.”

A key component of the process to select the eight clubs for the 2022 season was based on the QRL’s strategy to align the QRLW to statewide competition clubs in the long term.

The QRL would like to a knowledge BHP as the inaugural partner of the competition. BHP have elected not to continue their investment in the female game, hence the naming of the competition as the QRLW Premiership.