The 2021 Intrust Super Cup grand final was an epic one that left fans wanting more – and now supporters of both Norths Devils and the Wynnum Manly Seagulls can lock in their next battle following the release of the 2022 Hostplus Cup draw.

After falling agonisingly short in October’s premiership decider, Wynnum Manly can begin planning for another shot at a Norths team which lifted the statewide men’s premiership trophy for the first time since 1998.

Norths will welcome Wynnum Manly to Bishop Park in Round 13, and while both line-ups are a long way off being finalised, there will be enormous interest in the grand final re-match.

Wynnum Manly are poised to call on an array of young talent from their premiership-winning Hastings Deering Colts team, as they look to rebuild after several front-line players secured National Rugby League contracts during the off-season.

The competition kicks off on the weekend of March 19-20, with Norths drawn to play Townsville Blackhawks in Round 1 and Wynnum Manly will be up against Burleigh Bears. 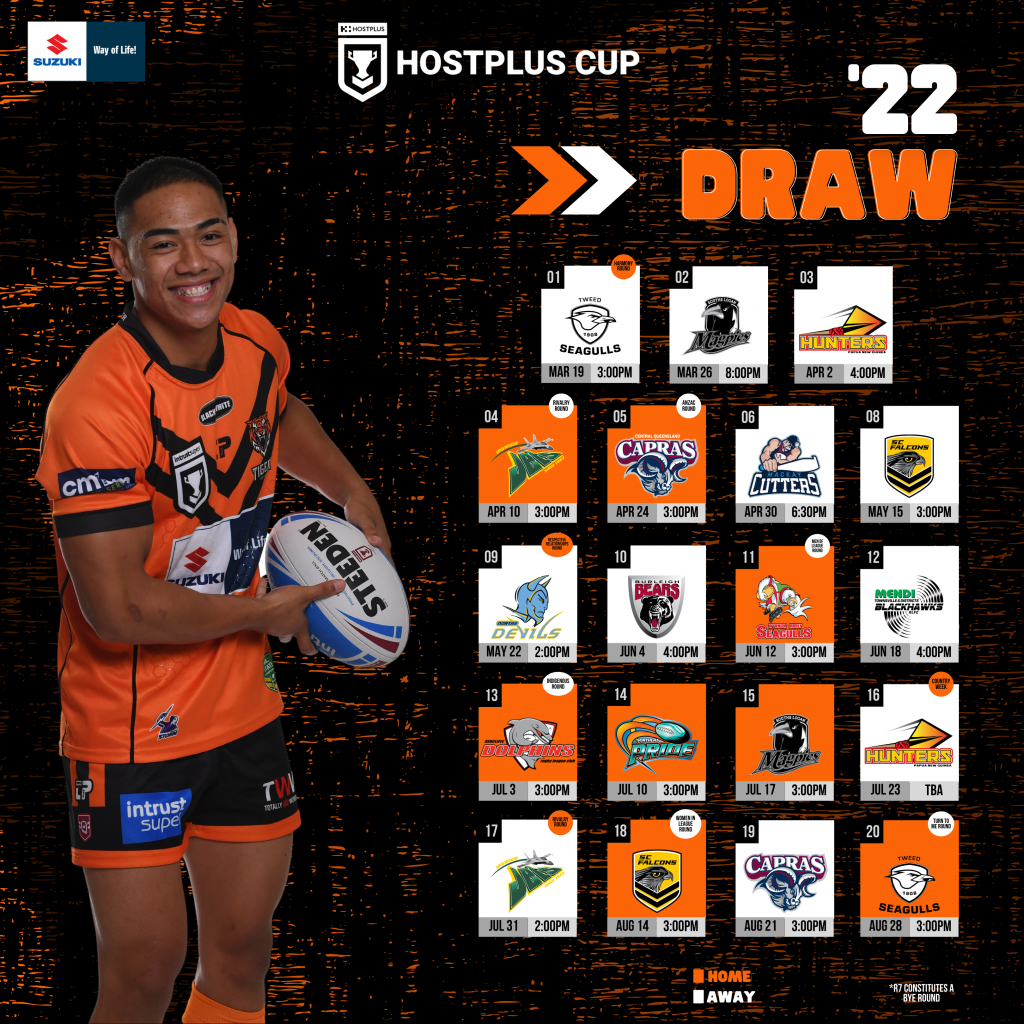 “Keeping the season going in 2021 was a terrific team effort that gives us great momentum heading into the new year,” Maiden said.

“It’s exciting to see all clubs back in training and preparing for the upcoming season, which will be played over 20 rounds with rounds six and seven to be split over two weekends.”

Maiden said the semi-finals would commence on the weekend of September 3-4 with the grand final to be played at Moreton Daily Stadium on September 25.

One of the highlights of the early rounds will be the Easter Monday clash between Burleigh and PNG, with the two teams vying to lift the sought after Kokoda Cup.

There will be a number of feature rounds throughout the season, including Activate! Queensland Country Week, the Multicultural Round (celebrating Harmony Week), XXXX Rivalry Round, Harvey Norman Women in League Round, Respectful Behaviours Round and Turn to Me Round.

QRL general manager of community rugby league and competitions Glenn Ottaway said these rounds and initiatives would once again deliver positive outcomes across the state.

“Our premier men’s competition has always had a strong connection to communities, particularly our regional people given the statewide footprint of the competition,” Ottaway said.

“With the support of all clubs, we’re really excited about strengthening these community ties next year and we will actively encourage local leagues across Queensland to involve themselves in the many and varied community activities in line with the Hostplus Cup feature rounds.

“Along with the strong community focus, our clubs and supporters should also be immensely proud of the fact that 24 Cup players were able to move up and make their NRL debuts this year.

“This is a positive reflection of the pathways and programs we have in place and the collaboration between the QRL and statewide competition clubs.”