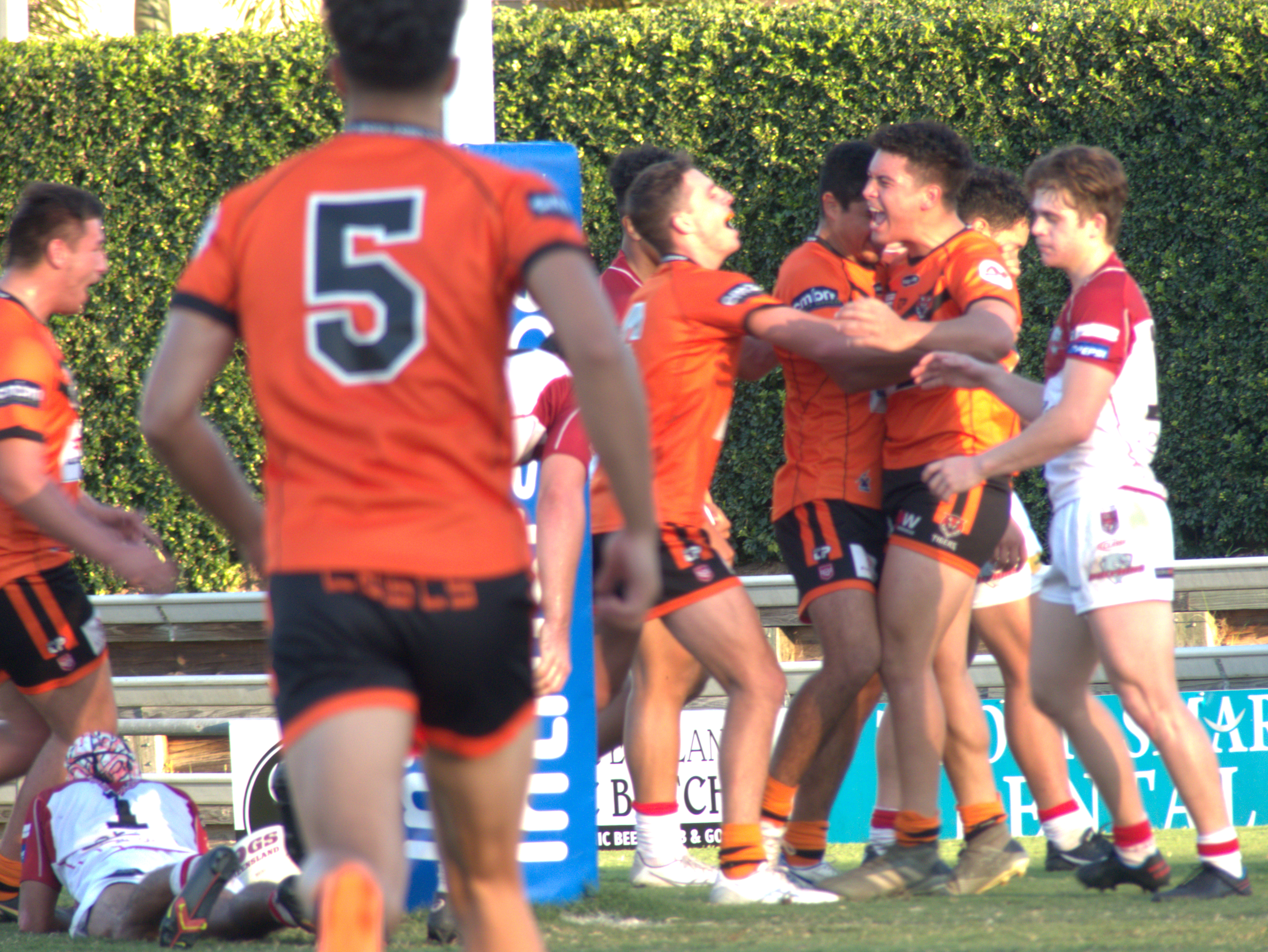 Round 4 of the Auswide Bank Mal Meninga Cup competition at the weekend produced some quality contests – including a last-gasp win for Brisbane Tigers against Redcliffe Dolphins.

The injury ridden Dolphins fell to the Tigers after conceding 12 points in the final 10 minutes of play in their Round 4 clash.

Brisbane Tigers coach Isaac Kauufman said the performance was his side’s best outing on the field to date.

“I think for us, we competed for a lot longer than what we had in the first few games,” Kauufman said.

“We held onto to the ball, controlled possession a lot better as well.”

Redcliffe Dolphins coach Wade Hadley said it had been a tough season so far for his squad, with countless injuries ranging from head knocks to broken jaws and that the Round 4 clash was no different.

“We had six of our starters out on the weekend, so I think inexperience was a fairly big thing for us,” Hadley said.

“I think our biggest problem out the moment is our execution; our completion rates are very low and that’s been a problem since Round 1.

“The boys just need to take some accountability for our discipline and errors, especially when we are on top.”

Kauufman said his whole team showed great commitment to get them across the line, but a couple of individual performances gave them the extra edge they needed.

Despite the loss, Hadley made special note of Tuhirangi Ratana in the Dolphins’ performance as well as Drew Timms, Guireh Brooks and Jonathon Maller.

“He’s a good listener, a good learner, he’s doing everything that is being asked of him and he just wants to get better at his game.”

Both sides, despite their start to the season, are looking to build on the weekend’s performance and see some consistent improvements after a well-earned Easter break this weekend.

“Yeah, we had obviously planned to go a lot better the first few rounds, but I think it’s been a good learning curve for everyone involved,” Kauufman said.

For Hadley, it was also about development.

“Obviously, we all want to win every game, win the semis, and win the state title but the development of our players is our priority.”

This weekend, all teams have a bye for the Easter break and will return to action in Round 5 on April 10.