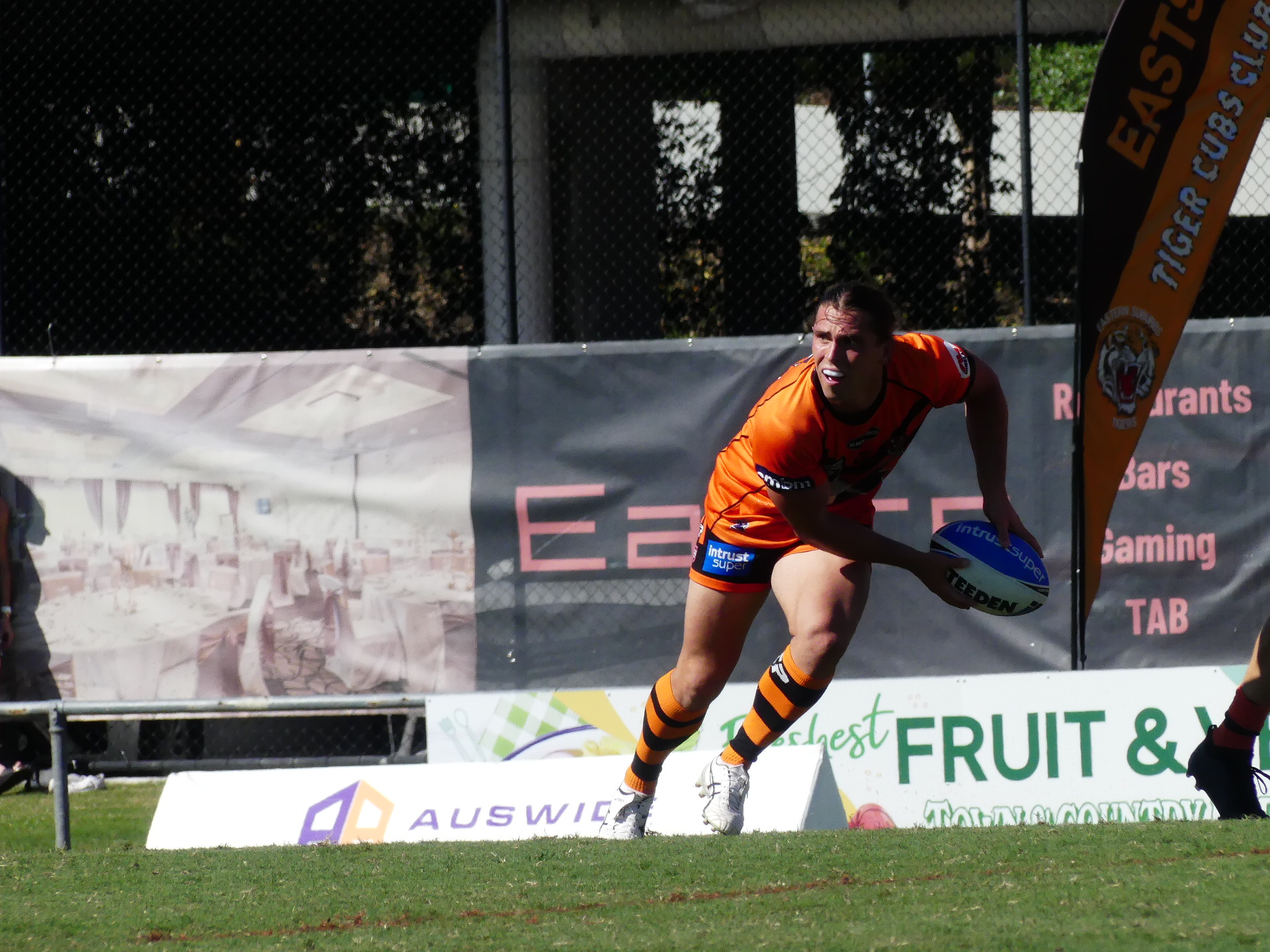 After conceding 70 and scoring only 10 points in the past two rounds, the Tigers had a performance to remember bringing up the half century.

Tigers prop William Samuel opened up the scoring in the 3rd minute of the game, before claiming a double in the 69th minute.

Whilst Melbourne Storm contracted and Tigers winger Dean Ieremia had a field day scoring a hat-trick, running for 150 metres and claiming the Intrust Super Cup Hastings Deering Player of the Match.

Tigers hooker Aaron Booth said the difference in their performance today came down to stronger defence and completing sets.

“We didn’t start the year as well as we wanted to,” Booth said.

“We haven’t been holding the ball in the last couple of weeks and that was the biggest difference today.”

You can watch a replay of the match here.

The Tigers will face the Ipswich Jets at the North Ipswich Reserve for their XXXX Rivalry Round 4 match – Saturday 17th April, 5pm

The 70-0 Round 1 loss against the Burleigh Bears was a disappointing result for the Suzuki Brisbane Tigers BHP Premiership side.

Playing against a Burleigh side oozing with Representative talent such as Karina Brown, Tamika Upton and Millie Boyle, the Tigers hardly found themselves with possession of the ball.

Whilst they weren’t able to display many attacking sets, they must be commended for never giving up.

You can watch a replay of the match here.

The Tigers will face the Valkyries at the West Mitchelton club for their Round 2 match – Sunday, 18th April, 1:30pm

The Suzuki Brisbane Tigers fell short 42-24 to the Burleigh Bears in their Round 1 Hastings Deering Colts clash at Totally Workwear Stadium.

Whilst they were only down by 10 points at the half-time break, the Tigers were unable to match the intensity and attack of the Bears.

The Tigers will face the Ipswich Jets at the North Ipswich Reserve for their Round 2 match – Saturday 17th April, 3pm

Both teams seemed to have an ‘I see you and raise you’ attitude with 12 tries and 8/12 conversions equally shared.

The Tigers will face the Wynnum Manly Seagulls at BMD Kougari Oval for their Round 6 match – Sunday 18th April, 4:10pm

In their final match of their season, the Suzuki Brisbane Tigers Cyril Connell Challenge side went out with a bang defeating the Norths Devils 38-6 at Bishop Park.

Coach Damien Pratt would be super impressed with his sides season performances finishing with a 2-1 win record.

Bulimba had 6 Tigers players sent back to them after Storm allocations, including destructive forward Sam Lavea and kangaroo catcher Michael Purcell.

Valleys were in the lead 28-24 with 2 minutes remaining before Tigers contracted and Bulimba player Sam Elliot crashed over the line in the 79th minute of the game.

With the scores even (28-28) and no time left on the clock, Tigers contracted and Bulimba player Michael Purcell slotted the most crucial conversion of the night.

The Bulldogs will face the Normanby Hounds at Balmoral Recreational Reserve for their Round 2 match – Saturday 17th April, 3:15pm

Carina had a bye in Round 1 but will kick off their season in Round 2 against Beenleigh Pride on Saturday 17th April, 3:00pm at Bill Norris Oval