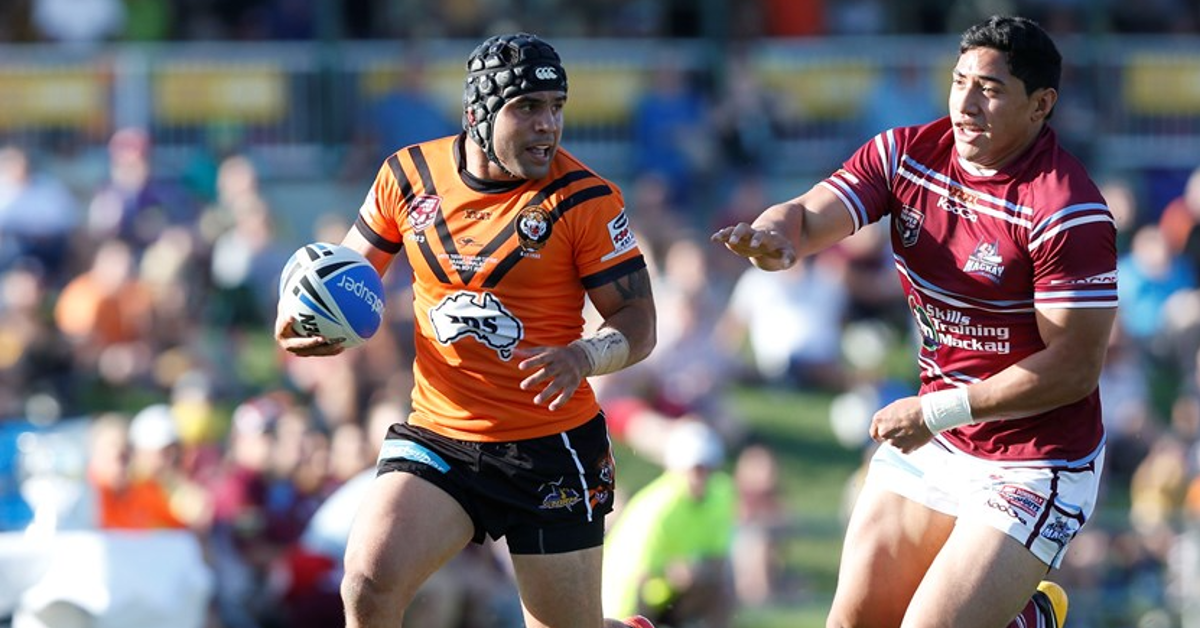 The Papua New Guinea-born hooker, moved to Redcliffe at the young age of seven where he immediately started playing rugby league for the Redcliffe Dolphins.

“Butters” as we know him was officially born.

A career with the Dolphins which spanned for 15 years, came to an end in 2012 when he moved to rival club the Tigers.

Butters (#1212) spent the next 6 years of his rugby league career with the Tigers, playing 127 Intrust Super Cup games.

A work promotion saw Butters take a step back from rugby league at the end of the 2018 Intrust Super Cup season, where he would play for the West Brisbane Panthers.

It was a bittersweet decision after he helped the club make the 2018 Intrust Super Cup Grand Final against former club, the Dolphins. The Tigers unfortunately were not winners on the day.

Despite losing grand finals to Mackay in 2013, Northern Pride in 2014 and Redcliffe Dolphins in 2018, he “loved every minute at Tigers”.

“I grew as a footballer there and had so much success, despite not winning a grand final.

“I got to play Queensland Residents and for the PNG Kumuls… things I didn’t have the opportunity to do before being at Easts.”

Butters went on to play 35 Brisbane Rugby League (BRL) A Grade games for the West Brisbane Panthers from seasons 2019 to 2021.

In 2021, he made a return to the Intrust Super Cup playing two games for the PNG Hunters. Funnily enough his return game was against the Tigers.

Congratulations on a fantastic career Butters. We thank you for everything you have given Rugby League!