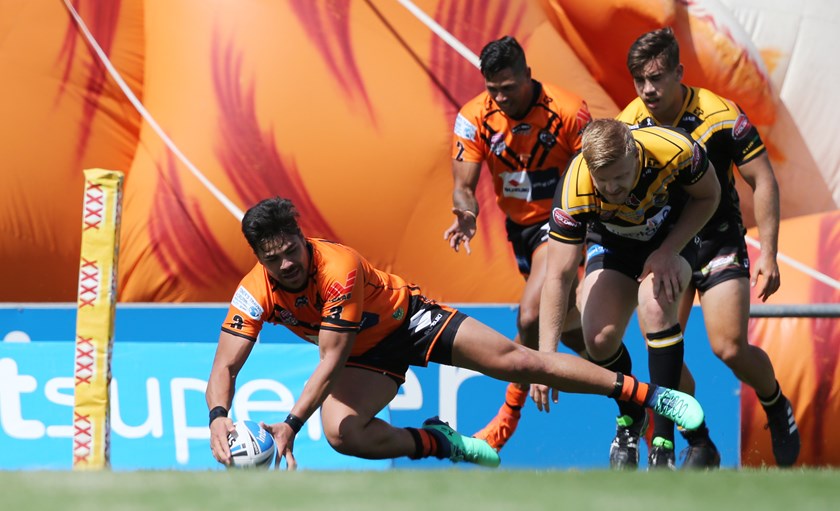 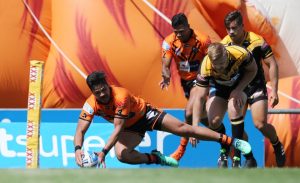 Young Tonumapei’a and Scott Drinkwater have put themselves in prime for position for an NRL call-up, as the two Melbourne Storm hopefuls starred for Easts Tigers in a big 38-8 win over Sunshine Coast.

With Will Chambers facing a possible two-week suspension and the Storm faltering in a 14-4 loss to Cronulla, the two outside backs proved highly dangerous in the rout.

After being held scoreless for the first three rounds, Tonumapei’a posted a well-timed hat-trick as Easts capitalised on a 24-0 halftime lead to seal the result.

Tonumapei’a has not yet featured in the NRL this season, despite amassing 36 games at that level since 2014.

Meanwhile Drinkwater submitted what former Origin hero Scott Sattler described as “the most dominant 60 minutes by any player in the Intrust Super Cup this season”.

The sizzling utility scored for the third week in a row and was influential in parting the way for teammates in the one-way affair.

He later spent time in the sin-bin after a late hit by Kelma Tuilagi on Falcons half Brentt Warr sparked a heated melee, and was then rested for the remainder of the game with an ankle concern.

Another Tiger to stand up tall in the unexpected hammering was prop Patrick Kaufusi, who played 79 minutes and 59 seconds before suffering what looked like a broken nose on the second-last play of the game.

He was named the Hastings Deering Man of the Match, scoring a runaway try amid the carnage.

Sunshine Coast at one stage played the match with 11 men.

Oddly enough, that was the one time the Falcons were consistently dangerous, scoring back-to-back tries via Justin Olam and Harry Grant, both of whom were impressive in their own right.

Olam’s try was a sheer display of pace, balance and judgement, torching around the sliding defence.

Grand finalists last year, Sunshine Coast has conceded an average 26 points per game in the opening month of the season, a factor they will no doubt look to rectify.

Next week Easts hosts Redcliffe at Suzuki Stadium Langlands Park on Sunday afternoon, while Sunshine Coast has an away trip to Mackay on Saturday night.