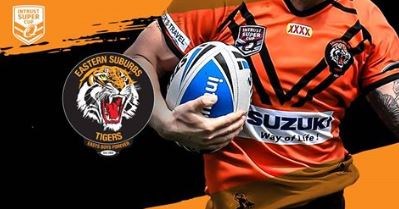 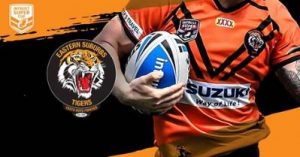 The five-hour road trip to Mundubbera did not seem to affect the East Tigers as they dominated in their Country week matchup against the Norths Devils on Sunday, beating them 34-12.

Being the first time the Wide Bay-Burnett regions has hosted a Cup match, those in attendance at Archer Park were fortunate to see some of the best young talents in rugby league.

“They got involved in the community and the kids on Saturday, watching a couple games and clinics. Hopefully, we will see more Tigers supporters out there.

“A lot of good footballers come out of the country areas and know how tough it is out there. More needs to be done to support grassroots football out in the country.”

“We’ve definitely been working on our starts the last couple of weeks, so we tried to come out quick and put up early points on the board and put Norths under pressure,” Sipple said.

“We knew Norths didn’t have much to play for so, if we applied early pressure, we knew that hopefully they’ll drop their bundle a little bit or go away. They’re a good side, very big and strong in the middle, so we knew we had to start well.”

SECOND HALF
While the Devils were struggling early, they did show some energy in the second half with Michael Lucas going across the line twice and Luke Pollock adding another. Lucas sits tied for fourth in the top tryscorers race.

The win sees the Tigers holding on to third in the Intrust Super Cup ladder, and are potential contenders in this year’s playoffs.

UP NEXT
Easts will now return to more familiar territory as they prepare to take on the Seagulls at Wynnum. Despite the Gulls’ ninth-place standing, the Tigers know they cannot take it easy. With only four matches to go before the playoffs and a tight race to the finish, every match will count down the stretch.

“We’re thinking week by week; we set a goal about six weeks ago that the next seven weeks we need to be strong, which we want to do week in week out,” Sipple said.

The Tigers and Seagulls will kick off their Round 21 matchup on Sunday, July 30th. Kickoff is at 3pm.