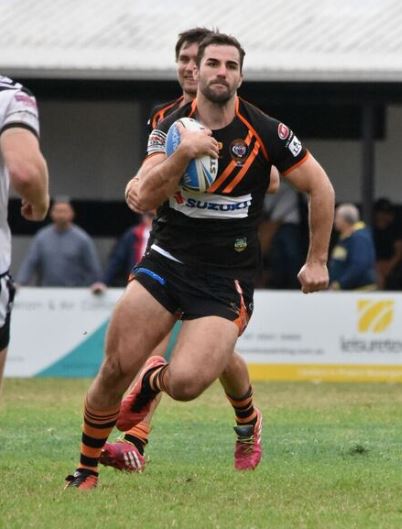 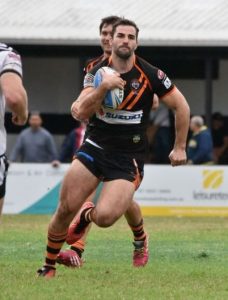 Success in rugby league, like life, can often be measured in a few short sharp key moments and it was two such moments that decided a tight encounter between home side Souths Logan and Easts Tigers at Davies Park as the Magpies emerged victors 20-10.

For much of the second-half the Tigers trailed 14-10 – late in the half they were 10m out from the Souths line and attacking hard. The ball moved quickly through the Tigers hands towards an unmarked Dane Chang on the wing. Unfortunately for the Tigers the ball did not get past the centre and Chang and the Tigers supporters were wondering what might have been.

Souths had their moment shortly after when fullback Bradley Frith had what could be the most fortuitous missed shot at goal of his career. The Tigers knocked on in-goal and were forced to drop out. They went for a short dropout, which the Magpies recovered and one tackle later big George Fai capped off a solid all-round game with a classic frontrower’s barge-over try to seal the win.

The Magpies opened the scoring in the third minute when halfback Sam Scarlett, running to his left, shot a lovely cutout pass to his winger Nikau Taukiri Te Rupe to score in the corner. Bradley Frith kicked the first of his two goals (the other coming in the 79th minute) to give his side the early 6-0 lead.

The Tigers replied four minutes later when a high Brentt Warr kick to his left handed Jack Schaffer a try on debut. Schaffer soared high over his opposite number and made sure the grounding was never in doubt. The kick was waved away and the Magpies retained the lead 6-4.

The Tigers applied a lot of pressure in the first-half and the home side defended resolutely. Their outside men in particular were very good at getting up quickly and putting pressure on the Tigers attackers, forcing them to make rushed, sometimes bad, decisions.

Souths scored again in the 16th minute when Phil Dennis and Scarlett combined to put Cameron Booth over. Scarlett ran into the defensive line before passing to the try scorer. The Tigers defence had made the critical error of watching where the ball might be going rather than watching the man with the ball and Scarlett made them pay the ultimate price.

There was plenty of luck about the Tigers next try when a Brentt Warr kick bounced off a Magpies player and popped up straight into the hands of Mat Pitman who gleefully caught the ball and strolled over for his third try in two games.

Warr converted and the halftime score was 10-10.

If there had been some luck in that Tigers try, the Magpies next one, in the 46th minute, was all skill. Phil Dennis spun the ball wide to former Tiger Leon Panapa who somehow stayed alive in the tackle and got away a brilliant offload behind the tackler to send Nikau Taukiri Te Rupe in for his second to take the lead to 14-10.

The Souths pack made plenty of metres in the second half with Fai and A.J. Tuimavave to the fore. Bradley Frith was very good for them both in attack and defence and looks like a promising player. Sam Scarlett, as he always does, led from the front and guided his team around the park.

For the Tigers, John Puna stood up and looked good filling the wide-running backrower role vacated by the injury to Jake Foster. Mat Pitman was among their very best for the second week running and Brentt Warr was much improved. His kicking in general play was much more judicious and varied.

Round 20 sees the Tigers face the arduous trek to Papua New Guinea for Country Week while the Magpies travel to Barcaldine to face the Devils at the Barcaldine Showgrounds.