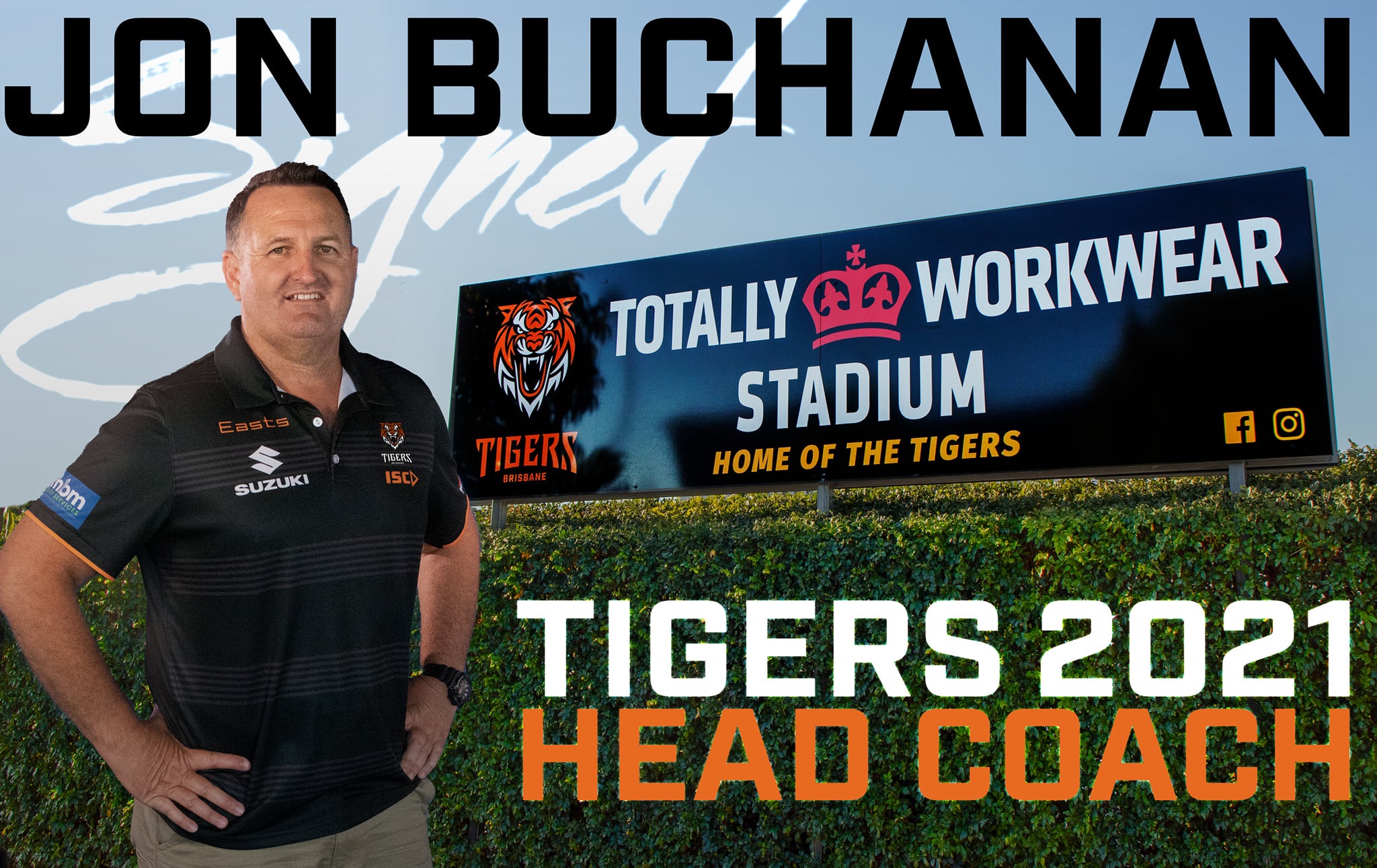 By Tiger Media with Dan Kelly

Terry Matterson will step down from his role as Head Coach of the Brisbane Tigers in 2021.

Jon Buchanan will now coach the Tigers’ Intrust Super Cup side, replacing Matterson, who has accepted a role as Assistant Coach with the Brisbane Broncos.

Matterson reflected on his time with the Tigers with great positivity.
“I would like to thank Easts Tigers for giving me the opportunity to contribute to the football club”, Matterson said.

“I have thoroughly enjoyed my time, making many lifetime friends and look forward to watching them achieve success in the future.

The Cup squad is taking shape and we have some exciting juniors coming through our system from under 13’s through to our Colts.” Matterson added.

“Thanks to Keith (Phillips, Club President), Brian (Torpy, CEO) and both the Leagues and Football Club boards for their support over the last twenty months”, Matterson said.

Tigers CEO Brian Torpy thanked the Matterson for his contribution to the Club.

“Terry has been great for the Club and whilst we are disappointed he will be leaving us, we wish Terry all the very best of luck with the new role. I have no doubt he will make a positive contribution to the Broncos”, Torpy said.

Buchanan, the current Queensland Residents coach, will take the head coaching position with over 170 games of Intrust Super Cup experience to his name, having coached both the Wynnum Manly Seagulls and the Souths Logan Magpies.

Buchanan said he was eager to be named head coach of a powerful club such as Easts.

“I’m really excited to be at a really strong club that wants success, and I get the opportunity to lead that. I’m looking forward to it,”

When asked what culture Buchanan wants to instill within the club he focused on creating a culture where players succeed as both players and people.

“I want to create an environment where everyone is willing to improve as both footballers and individuals. Then hopefully collectively as a group we can benefit from that” Buchanan said.

“Jon has a wealth of coaching experience, both as an Intrust Super Cup and representative coach. He has excellent rapport with his player and has the ability to bring the best out of them”, Torpy said.