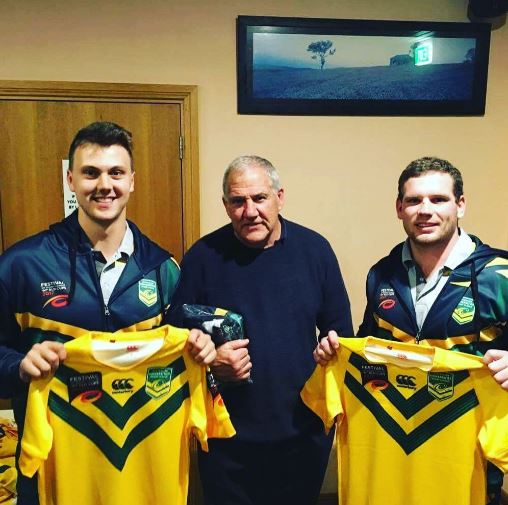 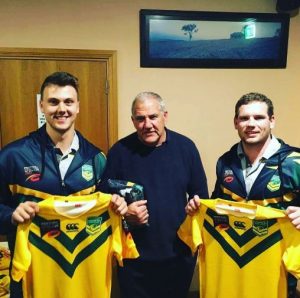 Congratulations to Suzuki Easts Tigers Ryan Cameron and Chris Ostwald on their selection in the Australian Universities team to play in the Universitity World Cup.

The 20-year old Cameron, an Easts Junior, is a regular with the Tigers Colts and BRL sides, whilst the 22-year old Ostwald has enjoyed another good season and is a regular member of the Club’s Intrust Cup Squad.

As both players play hooker, the Tigers have good depth in the number 9 roles.

WORLD CUP DETAILS
Australia is one of the host nations for the 2017 Festival of Rugby League World Cups, with Western Sydney the base for the Universities World Cup which will be held from 5 to 17 July 2017.

Former NRL coach Matt Elliott is the Coaching Director for the AURL squad and Head Coach is Aaron Zimmerle from Tweed Heads Seagulls. Aaron has previously coached the Queensland (Cup) Residents team and the Canadian National Team. He is being assisted by Grant Stephensen who successfully coached the AURL team to victory in the 2013 World Cup in Leeds England.

The team will head to Kiama on 1 July for a 4 day training camp before travelling to Sydney on 5 July where it will be based in Parramatta for the duration of the tournament.

The semi-finals will be played Friday 14 July at Ringrose Park Wentworthville (1st match at 1.00pm 2nd at 3.00pm) and the final at Pepper Stadium Penrith on Sunday 16 July, kick off 4.15pm.

For details of all pool games and tournament updates click here

The Australian Team in alphabetical order is as follows: