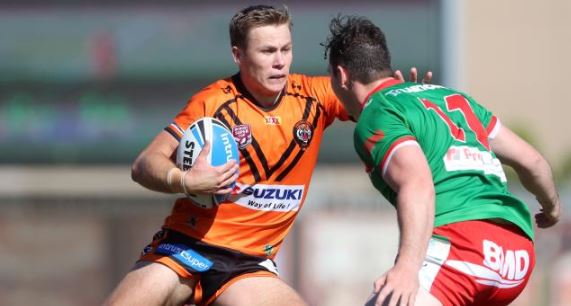 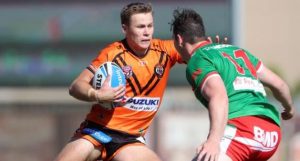 Suzuki Easts Tigers players will feature heavily in next week-end’s Representative Round with numerous players from the Club being selected in various representative sides.

Billy Walters, Brodie Croft and Dean Britt have gained selection in the Queensland Residents side to take on New South Wales Residents at Suzuki Stadium on Sunday 7 May.

A live-wire half, Walters played FOGS Colts U20’s for the Tigers before breaking into the Intrust Super Cup side in 2015.

Walters has won the number 6 jersey after an impressive start to the season.

Half-back Croft, who played Mal Meninga Cup for the Tigers in 2014 and 2015, before being signed with the Melbourne Storm, has been named at half-back for the interstate clash.

The crafty halfback played NYC for the Melbourne Storm before being promoted to the Tiger’s Intrust Super Cup side last season.

Croft and exciting young outside back Curtis Scott are both expected to be considered for the Junior Kangaroos side to be named this week.

Tough backrower Britt, the son of former Kangaroos, Blues and Bulldogs prop Darren Britt, has been a regular in the Tigers pack for the past number of seasons.

Britt has been rewarded for his outstanding performances this season and will pull on a maroon jersey for the first time.

Congratulations to all players and best of luck in the Representative Round.